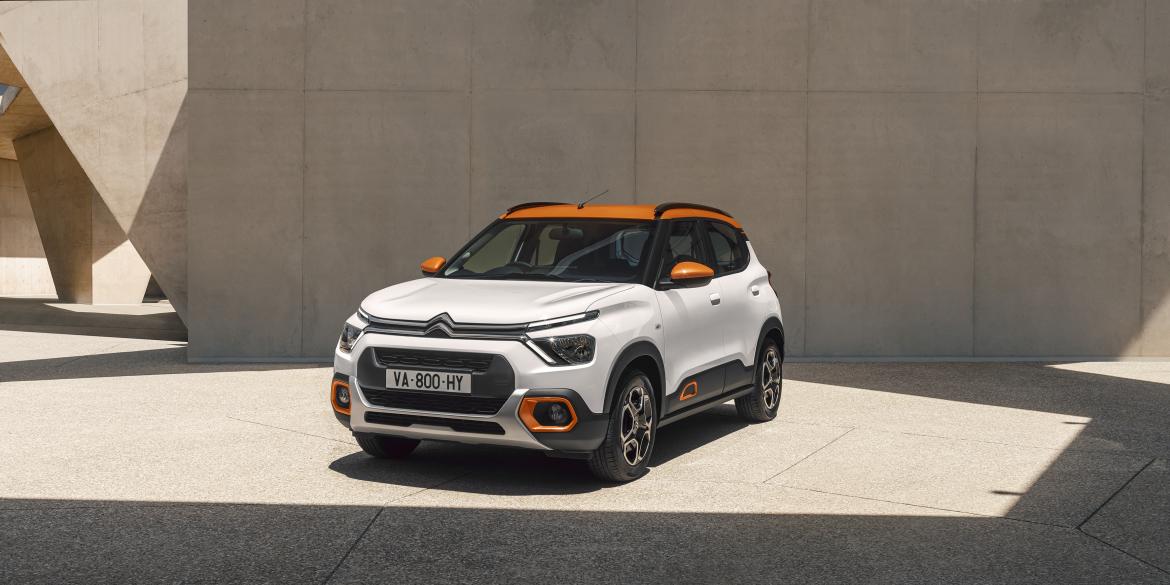 Launching in 2022, the new model will enable the brand to expand in India and consolidate its presence in South America

Thursday 16 September 2021, Paris, France: To meet market demands in both India and South America and to strengthen its international dimension, Citroën has unveiled the New C3 Hatchback at a live-streamed event held today in Paris, France.  Whilst staying faithful to the spirit of the brand, Citroën has carefully adapted, researched and developed its design and production process by working closely with local teams in India and South America, incorporating knowledge of both regions, to create a unique, bespoke vehicle, perfectly suited for each landscape and environment.

Exuding strength and character and measuring less than 4m in length, the New C3 is a versatile hatchback enabling Citroën to expand in India, a new market for Citroën, and to consolidate its presence in South America.

“Ensuring Citroën’s future requires a greater international presence, by becoming stronger in all the markets in which we operate, including South America, the Middle East, Africa, Asia and China, and by opening up to others, including India, which will soon become the third-largest market in the world. We are rolling out an ambitious product plan in order to achieve this, which will see the launch of three internationally-oriented models in three years.

“New C3 is a vital part of this international ramp-up and the first stage of the growth strategy. This new hatchback, less than 4m long, is aimed at a major segment in India and South America. Modern, connected and tailored to local uses, it is perfectly placed to support Citroën’s growth.”

The New C3 is the first model from the “C Cubed'' programme launched in 2019 – a family of three vehicles that will be launched with an international focus by 2024.  Based on three key criteria: the creation of a competitive, market-leading offering, with a strong style, a Citroën experience designed for on-board comfort, and benefiting from a design tailored to the specific needs of its intended countries.

“C3 is our trade name for all of our B-segment hatchbacks around the world, which doesn’t mean it’s the same model everywhere. This New C3 differs from the European version as its design has been inspired by and for the countries in question, in order to offer a unique solution that fully conveys the Citroën identity.

“Purchasing a car is a major investment for customers and our ambition as a mainstream brand is to offer a modern, prestigious model offering a high-level specification for the price, at the forefront of the market. In general terms, the challenge we set ourselves was to strike a balance to provide everything that customers need, while keeping the price range competitive. To achieve this, the local teams were fully involved in the definition, development and production of the model.”

The new model will be launched in the first half of 2022 to expand the Citroën range in India and strengthen its position in South America, specifically in Brazil and in Argentina – two markets which each have their own specific characteristics and customer expectations. India recently opened the ultra-modern Chennai plant, eventually set to boast an annual production capacity of 100,000 vehicles. Latin American countries will also welcome the New C3, including Chile, Colombia, Uruguay, Peru and Ecuador.

Measuring less than 4m long, the compactness, agility, versatility, on-board space, comfort and connectivity of the C3 are designed to meet the needs and road conditions of the two regions. The New C3’s unique style stands out for its specific SUV attributes, characterised by the high position of the bonnet that ensures a good visibility, which is useful when dealing with heavy traffic in large Indian and South American cities. Other Citroën markers are evident on the vehicle, including the design of the front grille.

The side view is also inspired by SUVs and gives the New C3 a modern personality. The large wheels (635mm), high ground clearance (180mm) and short overhangs to cope with angles in the road surface and avoid damaging the front bumper, black wheel arches and bars roofs that increase the height of the vehicle, are all elements inspired by SUVs. In addition, the New C3 comes with a wide range of accessories that can be personalised for each country. By studying the behaviour of Indian and South American customers when using new technologies, Citroën has taken integration of mobile phones with the C3 to a new level by creating brand-new dedicated equipment to make it more comfortable for users. The 10” (26cm) capacitive touchscreen, the largest in the segment, stands out from the dashboard to make it more visible and easier to use. It offers the Mirror Screen function, in order to reproduce the display of the driver’s smartphone apps. This allows them to view their usual connected tools even when they are in the car.

Citroën’s presence in South America dates back to the 1960s. Citroën’s objective today is to gain a firmer foothold in this market with modern products, in step with customer aspirations. Produced in Porto Real in Brazil, New C3 symbolises a real renewal in the region, with its modern styling, its connectivity and the experience of its on-board comfort. The B-Hatch segment accounts for almost 30% of the total market in Brazil and almost 26% in Argentina (data FY 2020).

The versatility and positioning of New C3 will ensure greater coverage of the segment (in Brazil, New C3 will cover 90% of the segment’s needs, compared with 40% for the former model, while that coverage rate in Argentina is set to increase from 50% to 75%). It will be aimed at active couples in their forties, married and with two children, looking for a prestigious, versatile and spacious car for their short everyday journeys and also weekend getaways. It will also appeal to independent and active single people in their thirties, living in cities and with a slightly higher-than-average monthly income, looking for a vehicle that is elegant (for modernity and status), robust and safe.

Developing in a New Market: India

India is a new market for Citroën and one with significant potential that will soon be the third largest in the world. The brand announced its arrival in 2019 and launched its first import model at the start of 2021: C5 Aircross. As a new market player, Citroën is initially focusing on large metropolitan areas by offering a customer experience unprecedented in the automotive sector – network, sales website and innovative services – and highly digital.

B-Roll and online video packages can be downloaded below: 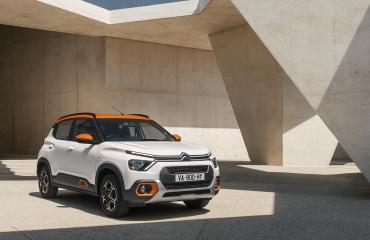 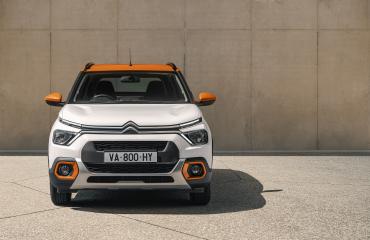 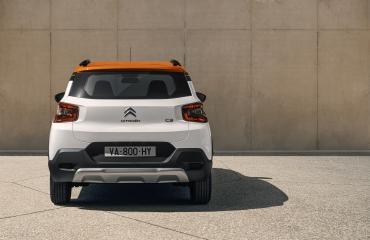 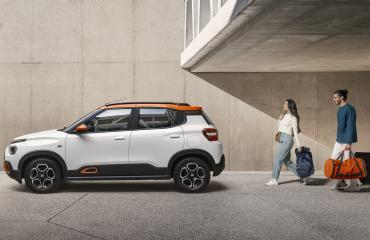 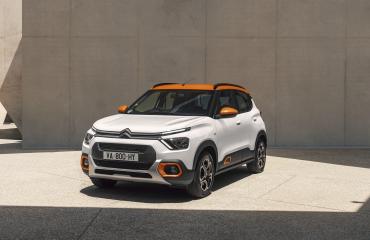 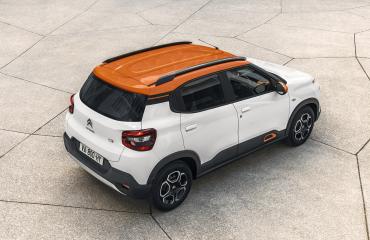 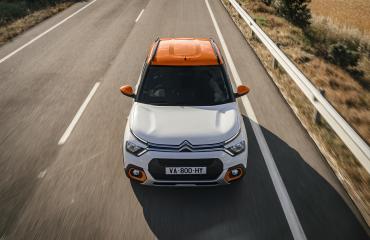 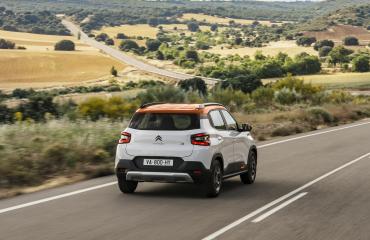 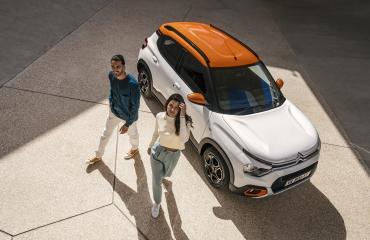 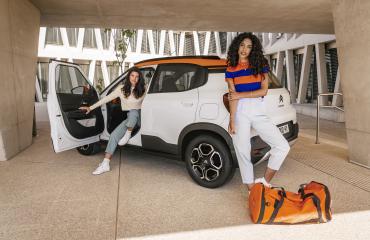 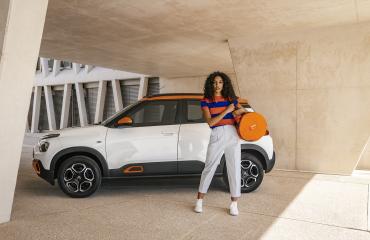 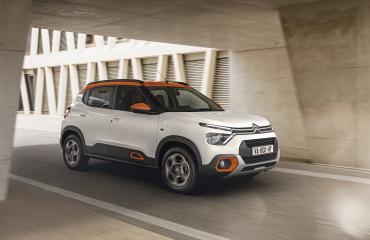